Gray Lake is proud to present their newest Unity3D package, ProD! It’s a procedural dungeon generator and an all-in-one for those who are interested in making their own Roguelike games! 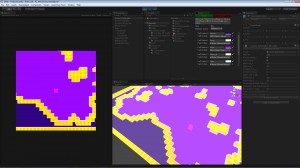 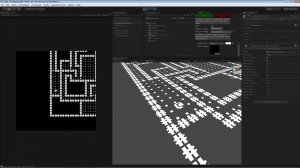 Here’s the link for the development blog and you can get ProD here!

– Structured and re-usable code for the generation of Roguelike maps

– Additional commented code that will help you understand maze and cavern generation, as well as dungeon generation

– A script that renders and shows all steps in the map generation process, for your viewing pleasure

Here’s an example of how ProD’s visual script generates a dungeon map.

Our intern Tycho Henzen is currently working on his sideproject YANA, a crazy labyrinthian puzzle/platformer. He started it for the ludum dare-21, here’s the timelapse of the development process!

GUST coming in mid summer (just in time for the Firefly season)!

We have been getting a lot of questions about our project lately. I tried my best to answer some of them.

Q: GUST? It looks like LUST! Is it a sexy game?

A: It is about a certain kind of lust, a lust for gust-o, for fireflies that is, and yes it is a very sexy game. Also we recommend seeing an optometrist.

Q: Just what is GUST?

A: GUST is a casual tablet title featuring the Fat Fairy Goblin who develops an obsession for eating cute fireflies and consequently is chased by the army of the King of the Fireflies. The player controls gusts of wind in the game to keep the Fat Fairy Goblin alive and well, leading it through many delectable missions. 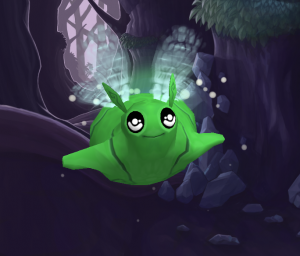 Q: Whose project is it?

A: GUST is produced 100% in house. In house being a collab between Gray Lake Studios and Dreams of Danu. It is the product of a game jam we’ve had with Dreams of Danu; of the two games we came up with, the concept of GUST was successful enough to go into production.

Q: What are the features of the game then?

A: Hardcore gamers we are, we just had to have a technical and artistic edge. Not very smart considering the casual game market. So we do have a set of features not often found in casual titles (the list is subject to change).

A: We keep saying two months. It is in beta testing at the moment as we are debugging and implementing levels. We also have some work left with the musics as well. There might be some fun late feature creeps too. So yeah, two months, that makes it end of June!

Q: What is the next update about?

A: Pictures! LOTS of THEM! If you have any more questions please keep them coming. Till next time folks.

While we’ve been busy with Gust, our animator artist ex-intern Lars and his cool music friend Thomas started developing an action platformer called Wuppo. They call themselves twlkd. Here’s a time lapse from their 4th week of development.

They do a time lapse of their development every week. Prepare for story driven explorative goodness! Good luck guys!