As the title says the development of Omicron is frozen a second time. We froze it right after the Gamescom Koln to be honest, despite the smashing success we’ve had.

So why is it frozen? Many reasons. Mainly because it is a large project with its own problems, and the fatigue set in.

Besides, the team scattered as the school year started up again. There were also disagreements about the direction of the game as it happens with most creative set-ups.

We have been busy though. There is a little game we’ve been working on to clear our minds and to have some fun. That and we’ve been growing majestic beards.

GUST is the title in works at the moment. It features a homicidal goblin of the most fearsome humor. I will update the site with news as we get our press-kit assembled together.

All the best, and cheers!

Right now we are finishing our build for the gamescom. It has been hell of a 4 week crunch. We will be walking around and showing our game to fellow gamers and enjoying schnitzels we hear so much about.

Have a fantastic day, and see you at gamescom on 15th and 16th.

In the meanwhile enjoy the latest screen shots. 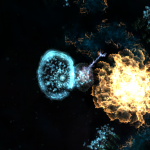 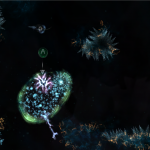 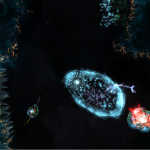 We are a band of dedicated game developers hailing from the Netherlands. We will be posting news and related media, keeping a journal of our latest game: Omicron.

Omicron is an atmospheric microscopic life simulation/puzzle game with very hypnotic qualities that often sap our production efforts. We will also try and post little articles about our adventure as events unfold. Keep in tune, and if you feel like it, buy us a beer or two (and tomato juice) by donating to our paypal account. I can guarantee that for all donations your name will be cheered by a team of very happy game developers.

A fresh look for our microscopic conqueror. Like it or simply adore it, let us know in the comments below.